Food security and why it matters

See Hungry for change: the state of hunger and food security 2014

Food security is defined by the Food and Agriculture Organization (FAO) as:

when all people, at all times, have physical, social and economic access to sufficient, safe and nutritious food that meets their dietary needs and food preferences for an active and healthy life.

Why does it matter?

Food security is the issue of our time. Hillary Clinton

Food is a fundamental human right. And yet one in nine people around the world (805 million) go hungry every day (FAO, IFAD and WFP 2014). While this is still 805 million too many, we are making progress towards eliminating hunger.

The world committed to halving the proportion of hungry people between 1990 and 2015 through the Millennium Development Goals (MDG). There are 209 million fewer hungry people now than in 1990. Already 63 countries have met the MDG target. Some regions such as Latin America and the Caribbean have made impressive progress in increasing food security. However there has been only modest progress in Sub-Saharan Africa and Western Asia, where natural disasters and conflict continue to trap people in hunger (FAO, IFAD and WFP 2014).

There is also a more insidious type of hunger, a hidden hunger caused by deficiencies in micronutrients such as iron, Vitamin A and Zinc affecting two billion people. For the individual the effects of micronutrient deficiencies can be devastating. If a child does not receive sufficient nutrition in the first 1,000 days of life they are at risk of mental impairment, poor health, low productivity and even death.

To feed the world in 2050 we need to increase total global food production by 70% (FAO 2009). This will be increasingly challenging a changing climate. By 2030 crop and pasture yields are likely to decline in many places. In parts of Brazil, rice and wheat yields are likely to decline by 14%. By 2050, widespread impacts on food and farming are highly likely with 8% average decline in yields for eight major food crops across Africa and South Asia (CCAFS 2014).

How can we improve food security?

The returns on investments in agricultural research are well documented (see ACIAR 2012). There is overwhelming evidence that over the past five decades, agricultural productivity around the world has been greatly enhanced by agricultural research and development (IFPRI 2013) which has helped to improve the livelihoods of millions of the world’s poorest people. This means targeted investments in research and adoption of research outputs can produce direct and meaningful benefits to food-insecure people, most of whom are smallholder farmers.

The African Union’s New Partnerships for Africa’s Development (NEPAD) and its Comprehensive African Agricultural Development Programme (CAADP) argue that the agricultural sector can and must grow on average by 6% per annum to play its role in Africa’s development.

Across Sub-Saharan Africa, there is a substantial gap between potential yields and those occurring in farmers’ fields. We coulld close this gap by giving farmers access to inputs like high-yielding and adapted crop varieties, fertiliser, animal health products and services like financial services and technical advice. These need to be matched by appropriate government policies. Research in these areas has the potential to boost agricultural performance and improve livelhoods. Africa has the potential to increase its agricultural output, in monetary terms from around $280 billion in the late 2000s to $800 billion by 2030 (FARA 2013). The important role of agriculture in addressing issues of food insecurity and pulling Africa out of poverty is widely recognized The 2014 African Union Chairperson, His Excellency Mohamed Ould Abdel Aziz stated ‘for most countries, agriculture indeed constitutes the development battlefield where we can win the war on poverty, hunger and indignity’. The President of Mauritania adds that ‘agriculture has been, and will continue to be, at the centre of economic and also political stability in Africa’. 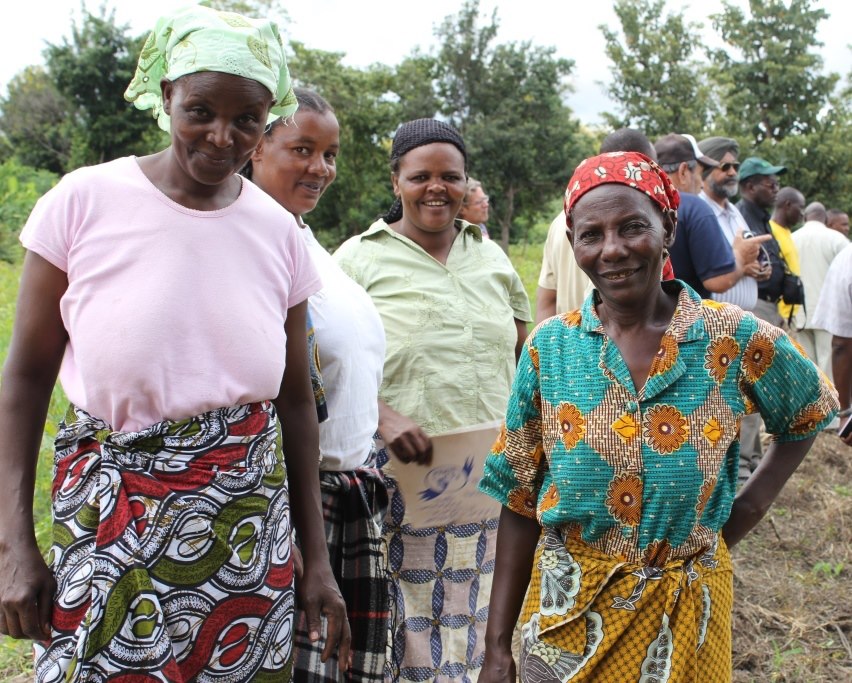 If women had the same access to productive resources as men, they could increase yields in their fields by 20-30%. This alone would raise total agricultural output in developing countries by 2.5-4%, which could reduce the number of hungry people in the world by 12-17% or 100-150 million people (FAO 2011).

Levelling the playing field and providing women equal access to land, livestock, inputs like seed and agricultural equipment, extension support and credit is essential. Women and men must be equal partners in improving global food security.

Australia is well placed to contribute to improving food security in developing countries across Africa, Asia and the Pacific by sharing its expertise in agricultural research. Australia is supporting African efforts to improve food security by boosting long-term agricultural productivity and building resilience, while meeting the immediate needs of vulnerable people when humanitarian crises occur.

Australia has much in common with Africa. Our continents share dry and unpredictable climates, often poor-quality soils, challenging landscapes and vast distances. In response to these challenges, Australia has built considerable scientific and technical expertise in agricultural productivity and trade.